Conservation in the Community 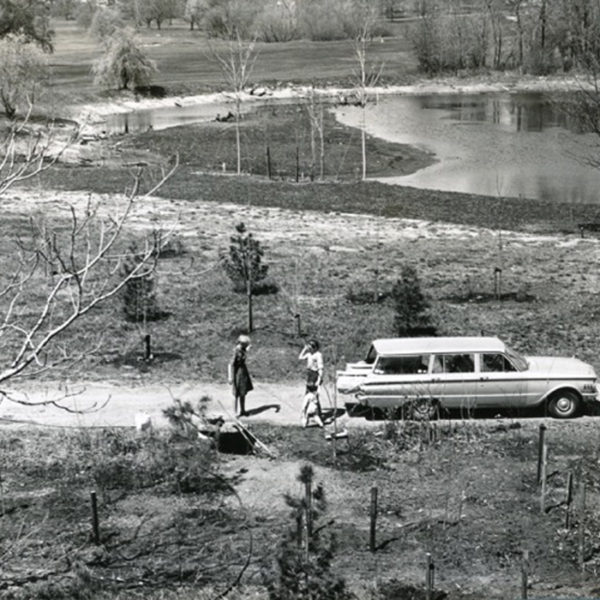 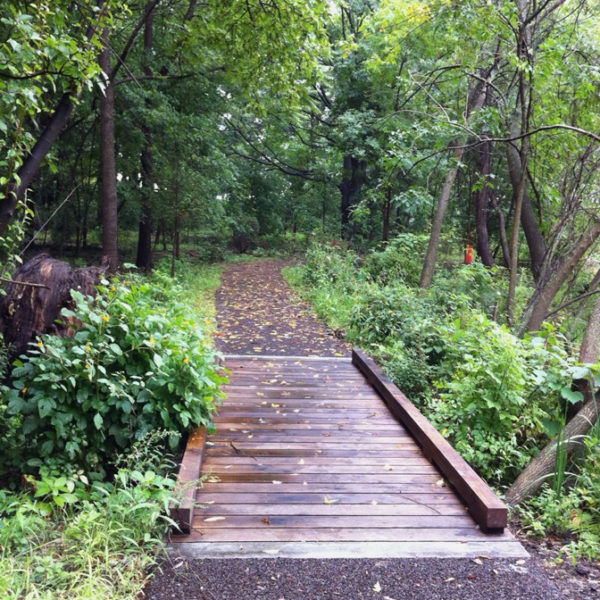 CP&GC’s history of engagement at the Fresh Pond Reservation – at 324 acres, the largest open space in Cambridge – dates back to the late 1950s, arising from the increasing interest of the then separate Plant Club and Garden Club in conservation. In the spring of 1962, members of the two clubs met to discuss how they could cooperate to revitalize the Reservation and create a more naturalized landscape. About half of the Reservation is Fresh Pond itself—part of the municipal water system, which enhances the beauty and importance of the surrounding open space. Working with the city, the initial focus was the reclamation of Black’s Nook, which had become an unofficial dumping site.

The clubs’ first project at Fresh Pond led the clubs to create a jointly managed Tree Fund, “to assist the City of Cambridge in the purchase of trees and plants for Black’s Nook and the surrounding area,” Two years later, this side-by-side work lead to the merger of the two clubs. The Tree Fund, used for civic projects throughout Cambridge, is still an essential element of CP&GC. Funds have been spent not only on projects at the Reservation, but at public schools and public parks, and historic sites, among many other locations. The most substantial gift was $25,000 toward the Water Department’s recent revitalization of Black’s Nook, a legacy project for the club.

Over the next decades, CP&GC undertook substantial projects at other sites within the Reservation. Other highlights include plantings at Neville Place (the former City Infirmary), re-grading and planting at Sozio Corner and the Lusitania field in the 1970s and1980s, and creation of a wetland boundary along the golf course (supported in part by a Garden Club of America Founders Fund grant, won in a national competition).

Of particular importance is the club’s decades-long advocacy for a comprehensive landscape design for the Reservation, not addressed since the 1897 plan of the Olmsted Brothers firm, created largely by Charles Eliot. With the participation of many, the City Council approved the Fresh Pond Reservation Master Plan in 2000, still in the process of implementation.

CP&GC’s interest in Greenough Boulevard and Hell’s Half Acre dates to the 1950s when the Plant Club, led by member Annette Cottrell, opposed the building of a highway through this rare urban wilderness. Originally 36 acres, Hell’s Half Acre was named by Bernard DeVoto, historian and conservationist, who loved the area despite the illegal dumping that occurred there. When construction of a wider roadway imperiled and isolated it, CP&GC members dug plant material from this marshland and moved to Fresh Pond Reservation in the 1960s.

In 2014, the project got underway funded jointly by the Massachusetts Department of Conservation and Recreation, the Foundation and private funding.

Current members saw an opportunity to support the Foundation’s efforts in a more concrete way by being supportive of their request for City of Cambridge Community Preservation Act funding. As the mitigation work to Hell’s Half Acre is consistent with hopes and goals of CP&GC for over 50 years, we were pleased that funds were granted and this portion of the project was also undertaken. Members continue to be involved in the Greenway rehabilitation and we hope to contribute additional hands-on effort at this important site.

More information about the Solomon Foundation and links to project documents may be found here: http://www.solomonfoundation.org/pages/projects/her.html